Oh no you didn’t! Slang in Argentina

Learning Spanish is hard enough, learning how to use slang in Argentina can be harder.

How would you feel if you walked in to your friends apartment and they greeted you with “Hey Asshole!”, or “Hello Fatso!”.

Boludo and Pelotudo mean asshole.  Technically, they actually mean “big balls”, but they are used like “asshole”. Pelotudo is “stronger” and is sometimes used when arguing or you messed something up, but not always, sometimes it’s just in fun, you just have to pay attention to the tone of voice.  Boludo is used when talking to friends ALL THE TIME. Boludo is so common it is used in advertising…

I have to admit to being offended the first dozen or so times that a friend or family member said “Sos un boludo!”, but I am trying to get used to it. 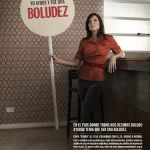 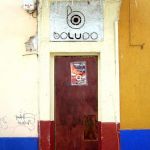 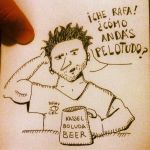 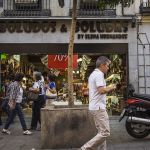 The one that I always avoid using is “Negro”.  Negro means black, the color, but also as in dark skin.  Argentine’s use Negro when talking to darker hair and darker skin friends, but Negro also has a negative connotation when applied to people of Peru, Paraguay, and Bolivia.  It is the equivalent of the “N” word in English.  Say it in the wrong tone of voice and you’ll start a fight.

A few days back, my wife walked over the the local vegetable stand, which is run by a Peruvian that we have made friends with, and asked for…

Confused, and not sure what she had said wrong (she is learning), she hesitantly repeated “Cuatro Negros?”

The vegetable guy looked at her for a minute, looked at his friend (also Peruvian), and started laughing so hard he was almost crying!

She wanted to buy four black potatoes, not four…

Moral of the story? Don’t be offended when someone calls you a name in Argentina, unless it is obvious they mean to offend…